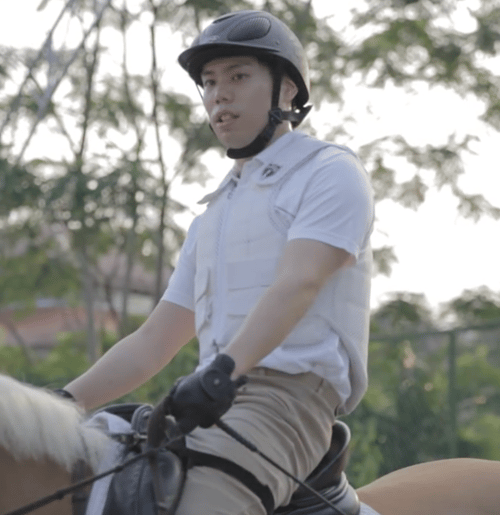 Max Tan started therapeutic riding at RDA Singapore at the age of seven. Coming from a family who are involved in sports, Max was an avid sailor and represented Singapore in international sailing competitions before he started competitive riding at age 18. Max made his Paralympic debut at the 2012 London Paralympic Games as a part of a team of three riders. He also competed at the 2016 Rio Paralympic Games, for which he received a special mention in Parliament. As a Paralympian, he hopes to raise awareness of both the equestrian sport and disabilities.